Towards the North East!

As early as the 12th century, Low German merchants regularly travelled across the Baltic Sea to the mouth of the River Neva in northwestern Russia, and from there on to Novgorod. The city was widely known as a trading centre for wax and furs, but also for spices and silk. The long-distance traders from Lübeck, Dortmund and other cities brought cloth, metal, salt, herring and grain to Novgorod in return. 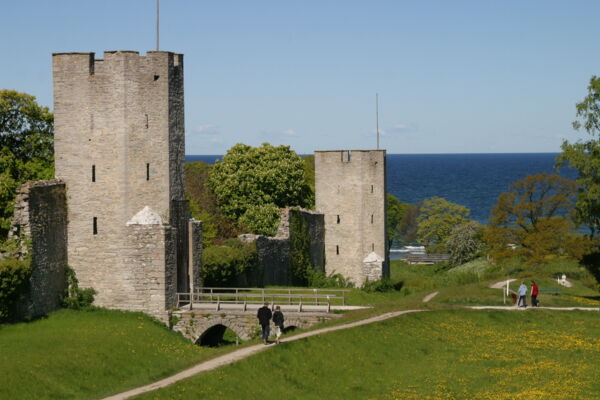 The journey to Novgorod was long and dangerous. Because of its strategically favourable location in the middle of the Baltic Sea, the island of Gotland off the Swedish coast therefore developed into a popular stopover and eventually a hub of trade in the Baltic region.

Low German merchants sailed to the island as early as the beginning of the 12th century. After the founding of the city of Lübeck in 1159, Visby on Gotland became an important base for the Lübeck merchants, who joined together to form the Gotlanders' cooperative. 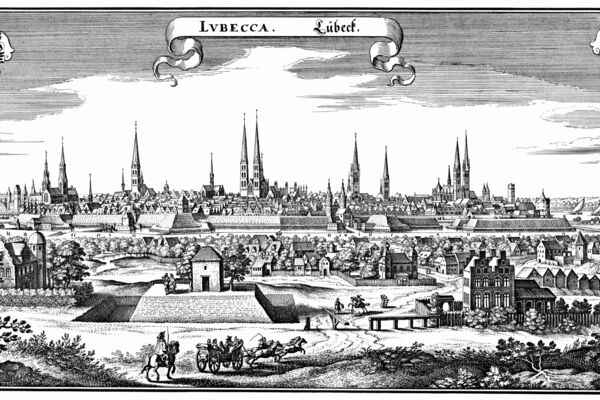 Founding of the city of Lübeck

The city of Lübeck played an important role in the development of the Hanseatic League. Adolf von Schauenburg, Count of Holstein, had a town built on what is now Lübeck's Old Town Island in 1143 in accordance with German law. The young city attracted merchants from near and far. The feudal lord of Count Adolf, Duke Henry the Lion, quickly noticed that the location was cleverly chosen from a trading point of view from the decline in trade in his marketplaces of Bardowik and Lüneburg. Many merchants migrated to Lübeck. Conflicts arose between the duke and the count. After Lübeck burnt down in 1159, Duke Henry the Lion refounded the city and endowed it with numerous rights and freedoms. The citizens developed their city law on the basis of Soest law, which was later adopted as "Lübisches Recht" by more than 100 cities in the Baltic region. The favourable location of Lübeck's harbour on the banks of the Trave river and close to the Baltic Sea meant that the city quickly rose to become one of the most important cities in the empire. 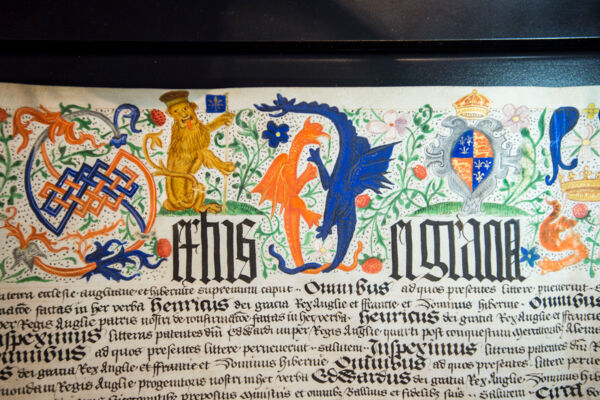 An important step in the development of the Hanseatic trade network is the Artlenburg Privilege of 1161, with which Henry the Lion ended bloody disputes between Low German merchants and their Gothic competitors. He granted the Gotlanders in his realm the same rights as the German long-distance traders, namely freedom from customs duties, protection and peace. These guarantees were based on reciprocity.

In England, merchants from Cologne were granted the privilege of establishing their own branch in London by King Henry II as early as 1176. This developed into a powerful Hanseatic office, the London Stalhof. But it was not until 1282 that the merchants in England used the name "Hanseatic League" for the first time.

Treaties between the Prince of Novgorod and Low German and Gothic merchants from 1191/1192 onwards have survived from Russia. They guaranteed the merchants special rights as well as protection on the transport routes, against arbitrary arrests or overpriced fees. In this way they gained economic advantages over other merchants. Here, too, the merchants received permission to establish their own branch, the Peterhof. Middle Low German, the common language of the Hanseatic merchants, was spoken in the branches.