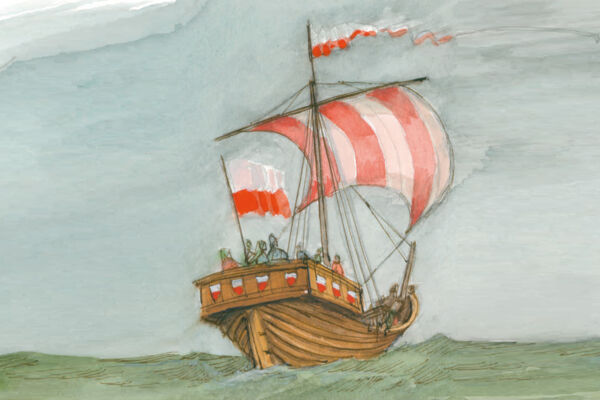 The cog developed towards the end of the 12th century. It was a bulbous, single-masted cargo ship with a square sail, stern rudder and a flat bottom that allowed it to call at shallow waters. A cog could carry a relatively large amount of cargo with a few men in the crew, and was thus ideally suited for Hanseatic trade. The use of this new type of ship gave the Hanseatic League clear advantages over its competitors.

A larger cargo could be transported more cheaply by a small crew than before. This was the reason for the success of this type of ship. There were cogs in different sizes between 15 and 25 metres long, 5 to 8 metres wide and with a side height of 3 to 5 metres. The unit of measurement for the loading capacity of a cog was the load. The weight of a load was equal to about two tonnes. It corresponded to the loading capacity of a four-horse freight wagon. A small cog of 50 loads could therefore carry as much as a train of 50 wagons pulled by 200 horses!

The cog was not only used as a cargo ship, but could also be converted into a warship. From the fort at the stern they had a good overview. Due to the lack of a keel, the cog could fall dry, but this also limited its navigability and made it dependent on favourable winds. 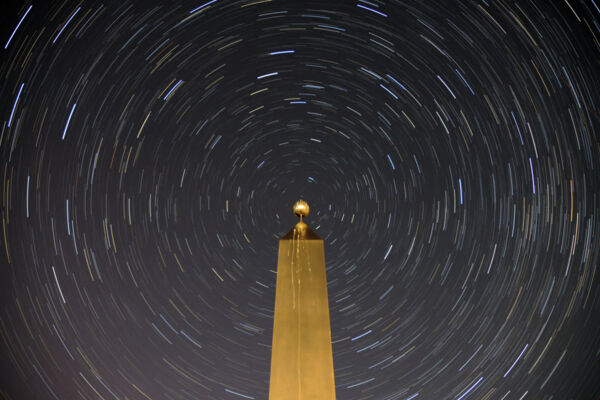 Navigation by the stars

The sailors depended on their experience and knowledge of astronomy to bring the ship safely to its destination. During the day they oriented themselves by the position of the sun, at night the North Star helped them find their way north. The compass was not used until the 15th century. The plumb line, which was used to determine the depth of the water and the condition of the ground, was usually the only navigation instrument.